Ponderings on Jimi Hendrix and a Theory of Relativity

A friend reminded me today that tomorrow is April 1! April 1, 2011!
Are you kidding me? How did THAT happen?
The Theory of Relativity was always easy for me to grasp, but the perception of time itself eludes me. Lately, time has been whizzing by - or so it seems. What a strange phenomenon. In this life: one day you are a youth, full of hope, anxious to turn another year older. Very shortly it seems that you have grown old, and with your years have come a relative diminution.
"Regrets? I've had a few"....
Speaking of relativity, as a person gains experience and wisdom with those years, it would make sense that society would respect age and all the things that come with it.
Instead, like all the electronic gadgets we rely on now, it appears that "planned obsolescence" is the lay of the land.
Obsolescence = SO LESS SENSE.
It seems that I was happier in my youth. Ignorance can most assuredly be an odd bliss, Folks.
I was self-absorbed and extremely focused on what I wanted to achieve in life.
As long as I thought only of myself, it seems that I was happy!
What does this tell me?
I do not have a clue.
Should I be a hermit?
Live in isolation?
Pet my cats and take a vow of silence?
In youth, I was living in my own personal "Room Full of Mirrors". Thank you, Jimi Hendrix.
"All I could see was me." 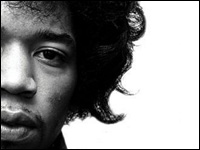 I now look at a world that I no longer recognize.
How self-centered and immature can adults be? Most of the people I observe do indeed live in that "Room Full of Mirrors".  Humanity needs to remember that WE ARE ONE. Derision and division is the enemy.
How long must these wars continue?
How long must people and, indeed, all creatures, suffer?
And, perhaps most importantly, WHY?
Apologies for the maudlin sound of this post, Gentle Reader, but I still seek and absorb much information.
The problem is that I no longer see the point to most of it.
As The Divine Prince instructs, God does not disappoint, Man does.
What happened to "All You Need Is Love"?
In Love, Truth and Beauty...
Posted by Teresa at 5:23 PM 3 comments:

A Rose Bloomed in Winter

I had every intention to write this post a few months ago, but life had other things calling for my attention. I now see a few signs that Spring is certainly going to arrive, but in the midst of the bleak gray that is Winter, my mood was as gloomy as the partly cloudy sky.

Precisely, it was New Year's Day, January 1, 2011. While contemplating the mid-winter depression that I was dancing with, I decided to clean up some of the yard's debris. Anyone who has experienced the dinge of Winter's leavings, can call to mind what it looks and feels like. Nearly all of the plants, tress and shrubs are dormant, leaves and fir needles piled in the unkempt beds that at one time burst with color. The patina is sooty, after the novelty of the first snow has worn away, leaving visible decay.

In short, not an uplifting experience or sight.

I almost missed it.

I had been sweeping the brick patio towards the oft-neglected back of the house when I saw it. I took three steps away, turned around and looked carefully. I swear to you, that I as soon as I acknowledged it, the sun burst through that overcast sky!

There was one, perfect, beautiful red rose standing straight and tall, gleaming in the winter's waning light. Such an exquisite tender rose, showing the glow of blues, pinks, oranges and fiery red all at the same time!


The Universe acts in mysterious ways, Dear Reader.
I was so taken aback by this gorgeous, stately, regal rose! The rose somehow managed to bloom and thrive during one of the worst winters in history. While everything around it lay dormant and encased in ice, this beauty elegantly reached for the sky.

I had long before given up on this particular rose. It showed a miserly bloom in late spring of 2010, only to wither and appear to be dead.

I wrote a status update on Facebook as to what I found in my garden that New Year's Day. I received a response that made my heart sing!

It seems that my childhood friends, the McDonald girls, sadly,  had lost their precious Mother, Margaret, just around the time my lone red rose decided to demand my attention on that dreary day in solid winter.

Apparently, Mrs. McDonald (which is how I always referred to her) had confided shortly before her passing that if there was an 'afterlife', that she would return as a red rose.

My innocent post about finding that solitary rose uplifted people!

Margaret McDonald, whom I met while I was attending the second grade, was an extraordinary woman. She was a positive, encouraging force of nature. Words fail me as I attempt to describe her in the confined context of this writing.

Mrs. McDonald was a lot like that strong red rose - thriving under adverse circumstances, beautiful, quiet, yet commanding by example, diminutive, but elegant in her reach. A positive and contemporary thinker, Mrs. McDonald possessed solid knowledge and life experience, but seemed never dissuaded when the world appeared to be in chaos.

To the contrary, Mrs. McDonald was always optimistic. Her optimism was infectious and had a profound effect this on the young girl that I once was.

Like the beautiful rose, Mrs. McDonald reflected upon us her glow, strength and beauty. She lifted us up.


We must share the ordinary beauty that we find along our life paths. That ordinary beauty may just be an extraordinary miracle that changes everything.
Afternote: Margaret "Mimi" McDonald's rose is still blooming, commanding the very attention of the sun in my back yard.
This Post is Dedicated to Margaret McDonald
06/27/17-12/19/10
Written with the kind permission of the McDonald Family.
With so much Love, Truth and Beauty........
Posted by Teresa at 11:31 AM No comments: