The Hourglass, Musings on Time and Mortality

Whomever said that people cannot or do not change, to my way of thinking, is wrong.
Lately, I have been thinking a lot about my past, my present and my future.
I am certainly not the same person I was at the age of 18, or 37 or 2 years ago.
My younger self believed that the world was wide open and available to her - all for the taking.
Occasionally, I wish that girl would show herself these days.
Where did she go?
That girl had no fear of trying new things, going new places, meeting new people. Reinvention was a daily ritual. Life was unfolding and there were no limits!
Curiously, that girl did have an innate sense that 'better hurry up - there is so much to do", but ironically, did not know that time is finite.
I still may not have full knowledge of my mortality (Aha! My younger self is still here!), but I do know that many of my priorities have dramatically changed.
The most important change that I recognize is that I do not have the patience to waste my precious time and energy on matters that I deem inconsequential.
Time and Energy = 2 Precious, Finite Resources!
In plainer terms, "I do not suffer fools gladly" these days, let alone be willing to act foolishly.
I am noticing more and more how much stock is placed by so many people in games and drama.
What a pitiable waste.
Is reality and survival not challenging nor dramatic enough?
When one's energy is spent on foolishness, there is not enough energy to draw upon when a real crisis comes along, as it inevitably does.
One too many of these kinds of energy drains and guess what? The well is dry, so to speak.
Your time is up.
That young girl would go attend any and every concert, movie, party, art opening - anything fun, at virtually any available opportunity.
These days, I am much more discerning about where and with whom I wish to invest my time, effort and energy.
After all, the sands keep running through that hourglass.

Image Courtesy of Wikipedia
Posted by Teresa at 3:26 PM No comments:

"The best thing for being sad, replied Merlin, is to learn something.
That's the only thing that never fails."
T. H. White 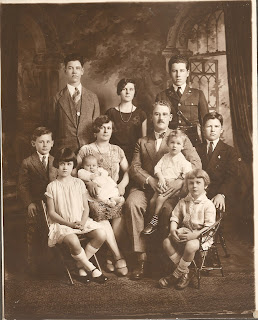 Today, in the United States, we celebrate "Father's Day".

I have long contended that many of these holidays are conjured up by greeting card companies. After all, we should honor our Mother and Father (and all beings) EVERY day.

Putting my personal opinions aside about all that which keeps the wheels of commerce turning, I could write a novel based on my Dad.  Instead, I will keep this post short and sweet.

Not a day goes by without thoughts of my Dad. These thoughts typically revolve around how much I truly love and sadly miss him, but also how grateful I am for having the many, bountiful advantages of being one of his children.

My Father was an exceptionally accomplished, yet humble man.

His youngest sister said it best when I delivered the news that he had passed. Aunt Helen stated, with sad conviction (after an audible gasp), "Oh .... he was such a good man".

This statement has stuck with me for the 20 years since my Dad has been gone. I have learned that this is, perhaps the highest praise that can be bestowed upon a person.

My Dad was a good man.

Photograph courtesy of the Author.

James C. Callahan, Jr. is seated to the left side of his own father.
Posted by Teresa at 9:51 AM 1 comment: 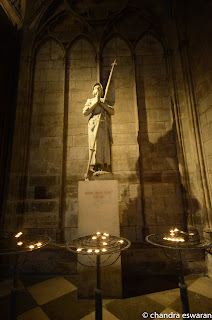 Some Musings about The Tribe

Happy Spring, Gentle Reader!
Spring roared in to my homestead on the wings of thunder, lightning and fierce winds.
Truthfully, I was scared of the wind.
The night before the storm, I was fortunate to watch "Mongol", a film from 2007, directed by Sergei Bodrov. I have wanted to see this film since 2008, but fate kept delaying my experience. Looking back, I now see that the viewing of "Mongol" was right on time.
Apparently, according to the film, all Mongols are afraid of thunderstorms. The storms are interpreted as a sign that the Great God, Tengri, is angry with the people.
Of course, I have been thinking a lot about this film, which is billed as a 'semi-historical' account of Genghis Khan.
I have a fascination with the nomadic tribes and Genghis Khan in particular.
The past few months have brought news of several family members deaths. Both sides of my paternal and maternal immediate families are now officially passed from this "veil of tears".
My Father's family was particularly close knit. Each member of that family put family first.
As I grew older, and my Dad was facing his own mortality, I recognized that he did not belong to me. He belonged to God, his own family and us - in that order.
This closeness of family which became more difficult to sustain after WWII, was really the key to my Father's life.
There is strength in the whole, which is comprised of individuals.
Much benefit is derived from not straying from your Tribe.
My generation has largely lost that sense of belonging to something greater than ourselves. Personally, I speculate this may be one reason so many of us feel isolated and depressed.
Perhaps we should take a page from "The Secret Life of the Mongols"?
Genghis Khan sought to unite all of the disparate, feuding tribes into one great nation with very simple laws.
He succeeded in creating a united Empire, but - at what cost?
Genghis Khan believed in protection of women and children (family) and staunch loyalty, but his campaigns in the guise of unity brought about some of the worst slaughter and carnage the world has endured.
Is violence necessary for the greater good?
Nature itself is violent.
Find your tribe. Be loyal. Protect those that are not as fortunate as you.
Peace.
Image courtesy of Wikipedia
Posted by Teresa at 2:05 PM No comments:

Most of the United States is experiencing wild temperature swings and irregular weather. It is not unusual for there to be days on end of freezing temps, snow and then rain, followed by unseasonably warm days. Where I live, 40 degree temperature swings are becoming customary during this winter season.
For several reasons, I am a sensitive sort, tending towards melancholy, which can be quite debilitating.
There was a string of gray, overcast, pouring-down-rain days a little while ago and I was literally forcing myself to get out of the cocoon of my bed. Sleeping is my escape of choice when the world appears to be harsh. While not an optimum 'choice' of 'lifestyle', I can think of worse escapes.
Eventually the weather changed to bright, sunny, mild days upon days. I spent many fortunate afternoons walking about in this beauty - the birds were singing (a little early for the Cardinals' mating songs, but they were singing their hearts out and it was splendid), a few trees were budding out, there was abundant greenery and blue skies galore.
The thought occurred to me that the ups and downs of life are like the weather. Now, this is not the most profound thought, but for some reason it struck a deep and resounding chord inside my spirit.
When the glorious days of sun and beauty appear, I need to enjoy them to the fullest! No time like the present, as my beloved Dad used to remind me.
When life seems overwhelming or problems appear to close in, I should simply wait .... either circumstances or my attitude will change.
I still maintain that most of the time, things 'go right', but most humans only seem to notice when things 'go wrong'.
Here is to change and being grateful for the good times! I need to be grateful for the bad times as well. Strife tests my strength, teaches me courage and provides a dramatic contrast for the abundance of good in my life.

Image Courtesy of Wikipedia
Posted by Teresa at 4:00 PM 2 comments: